Back
2022-04-18 23:30:10
How to purchase Cardano (ADA)
What is Cardano
What Is Cardano (ADA)?
Cardano is a proof-of-stake blockchain platform that says its goal is to allow “changemakers, innovators and visionaries” to bring about positive global change.
To learn more about this project, check out our deep dive of Cardano.
The open-source project also aims to “redistribute power from unaccountable structures to the margins to individuals” — helping to create a society that is more secure, transparent and fair.
Cardano was founded back in 2017, and the ADA token is designed to ensure that owners can participate in the operation of the network. Because of this, those who hold the cryptocurrency have the right to vote on any proposed changes to the software.
The team behind the layered blockchain say that there have already been some compelling use cases for its technology, which aims to allow decentralized apps and smart contracts to be developed with modularity.
Cardano is used by agricultural companies to track fresh produce from field to fork, while other products built on the platform allow educational credentials to be stored in a tamper-proof way, and retailers to clamp down on counterfeit goods.
Who Are the Founders of Cardano?
Cardano was founded by Charles Hoskinson, who was also one of the co-founders of the Ethereum network. He is the CEO of IOHK, the company that built Cardano’s blockchain.
In an interview for CoinMarketCap’s Crypto Titans series, Hoskinson said that he got involved in cryptocurrencies back in 2011 — and dabbled in mining and trading. He explained that his first professional involvement in the industry came in 2013, when he created a course about Bitcoin that ended up being taken by 80,000 students.
As well as being a technology entrepreneur, Hoskinson is also a mathematician. In 2020, his technology company donated ADA worth $500,000 to the University of Wyoming’s Blockchain Research and Development Lab.
What Makes Cardano Unique?
Cardano is one of the biggest blockchains to successfully use a proof-of-stake consensus mechanism, which is less energy intensive than the proof-of-work algorithm relied upon by Bitcoin. Although the much larger Ethereum is going to be upgrading to PoS, this transition is only going to take place gradually.
The project has taken pride in ensuring that all of the technology developed goes through a process of peer-reviewed research, meaning that bold ideas can be challenged before they are validated. According to the Cardano team, this academic rigor helps the blockchain to be durable and stable — increasing the chance that potential pitfalls can be anticipated in advance.
In 2020, Cardano held a Shelley upgrade that aimed to make its blockchain “50 to 100 times more decentralized” than other large blockchains. At the time, Hoskinson predicted that this would pave the way for hundreds of assets to run on its network.
Related Pages:
Read our interview with Cardano founder Charles Hoskinson
A deep dive into the technology behind Ethereum 2.0
Brush up on complicated crypto terms with our glossary
Check out our other interviews with crypto heavyweights
A Deep Dive Into Cardano
Read our crypto staking guide
How Many Cardano (ADA) Coins Are There in Circulation?
There is a maximum supply of 45 billion ADA — but at the time of writing, there was a circulating supply of about 31 billion. Five rounds of public sales of Cardano tokens were held between September 2015 and January 2017.
Approximately 2.5 billion ADA was allotted to IOHK once the network launched. Meanwhile, an additional 2.1 billion ADA was given to Emurgo, a global blockchain technology company that served as a founding entity of the Cardano protocol. Last but not least, 648 million ADA was given to the not-for-profit Cardano Foundation, which aims to promote the platform and increase levels of adoption.
Overall, about 16% of ADA’s total supply went to the project’s founders, with the remaining 84% being split among investors.
How Is the Cardano Network Secured?
Cardano is secured through an “environmentally sustainable, verifiably secure” PoS protocol that’s known as Ouroboros.
The project says that Ouroboros improves upon the security guarantees that are delivered by a PoW consensus mechanism while using substantially less power — claiming that it is four times more energy efficient than Bitcoin.
It is described as a blend of unique technology and mathematically verified mechanisms, with behavioral psychology and economic philosophy thrown in for good measure. Overall, the objective of Ouroboros is to achieve sustainable and ethical growth.
An incentive mechanism means that participants in the network are rewarded for their involvement.
Where Can You Buy Cardano (ADA)?
As one of the biggest cryptocurrencies in the world in terms of market capitalization, you shouldn’t have much difficulty in finding a major exchange to buy Cardano on including Binance, Bittrex, eToro, and HitBTC.
If you’re struggling to find a trading pair that unites ADA with your local currency, check out this guide on how to convert fiat into Bitcoin — giving you a gateway to buying altcoins.&quot;
How to buy ADA?
Contract Addresses
Cardano Token (Binance Smart Chain) : 0x3ee2200efb3400fabb9aacf31297cbdd1d435d47
More information
chat:
https://t.me/Cardano
reddit:
https://reddit.com/r/cardano
twitter:
https://twitter.com/cardano
website:
https://www.cardano.org
explorer:
https://explorer.cardano.org
explorer:
https://cardanoscan.io/
explorer:
https://blockchair.com/cardano
explorer:
https://bscscan.com/token/0x3ee2200efb3400fabb9aacf31297cbdd1d435d47
explorer:
https://ada.tokenview.com/en
source code:
https://cardanoupdates.com/
announcement:
https://t.me/CardanoAnnouncements
message board:
https://medium.com/feed/cardanorss
message board:
https://forum.cardano.org/
technical doc:
https://docs.cardano.org/en/latest/
Join our community at
Twitter:   https://twitter.com/nekowallet
Tags
Mineable DPoS PoS Platform Research Smart Contracts Staking Binance Smart Chain
Recommended 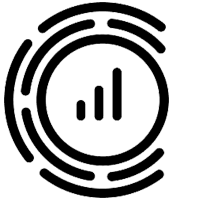 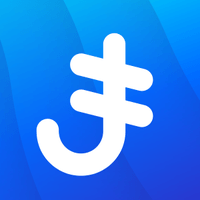 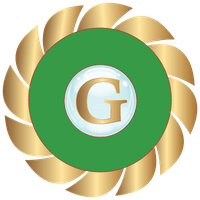